To go along with the second grader’s Fairy Tale unit, Mrs. Garcia’s class came to the iLab to design a latch for the three bears. The idea came from a STEM Fairy Tale Unit called, A Latch for the Three Bears, by Sarah Wiggins. Click here to find it on the TeachersPayTeachers site.

Of course, Goldilocks should NEVER have gone into the Bears’ house without asking. However, shouldn’t the Bears have locked their door?

A latch had to be attached to the cardstock door so that students could demonstrate how it worked.

The students were introduced to the task as well as the materials available to them.We did have to explain what a latch was – that’s not exactly a common word anymore! Before sending them to their tables, I asked the children to individually think how they might combine the materials to create a latch. The next step was to brainstorm with their partner and start sketching ideas. The students then drew designs on the tables and discussed with their partners which to try. 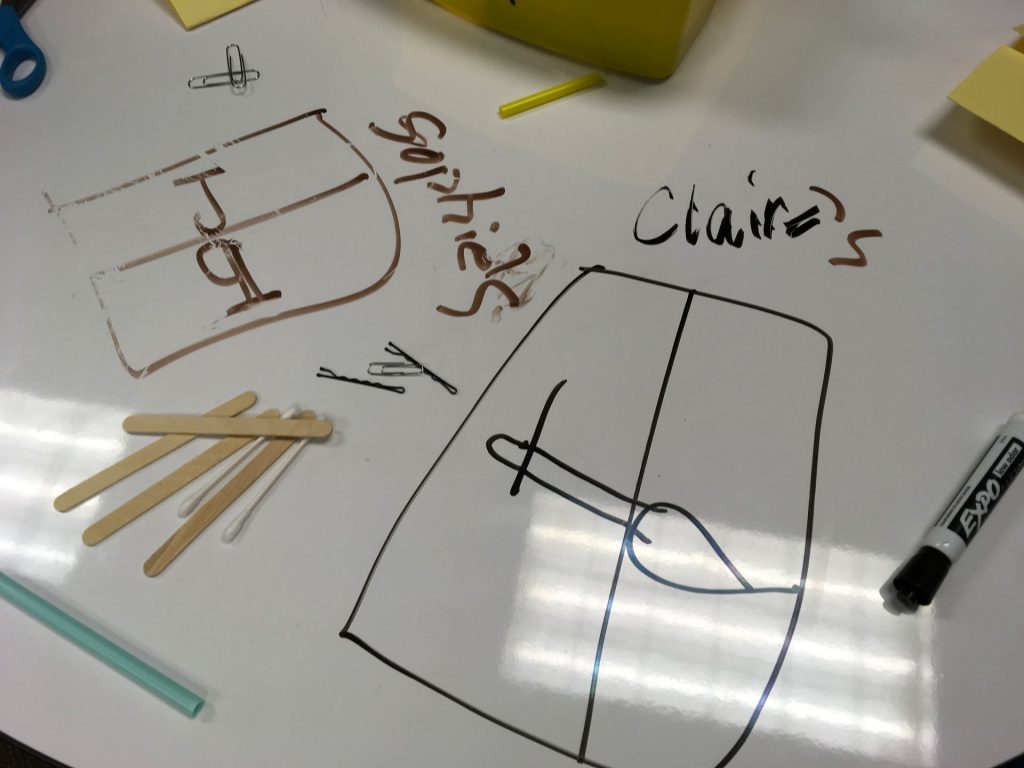 As the students built, they often revised their plans. A couple groups had enough time to test both designs they had drawn. We did have a few students who focused more on drawing the inside of the bears’ house rather than designing the latch first. Another group felt like the house needed a fence first so they built that which meant that they ran out of time to make the latch. 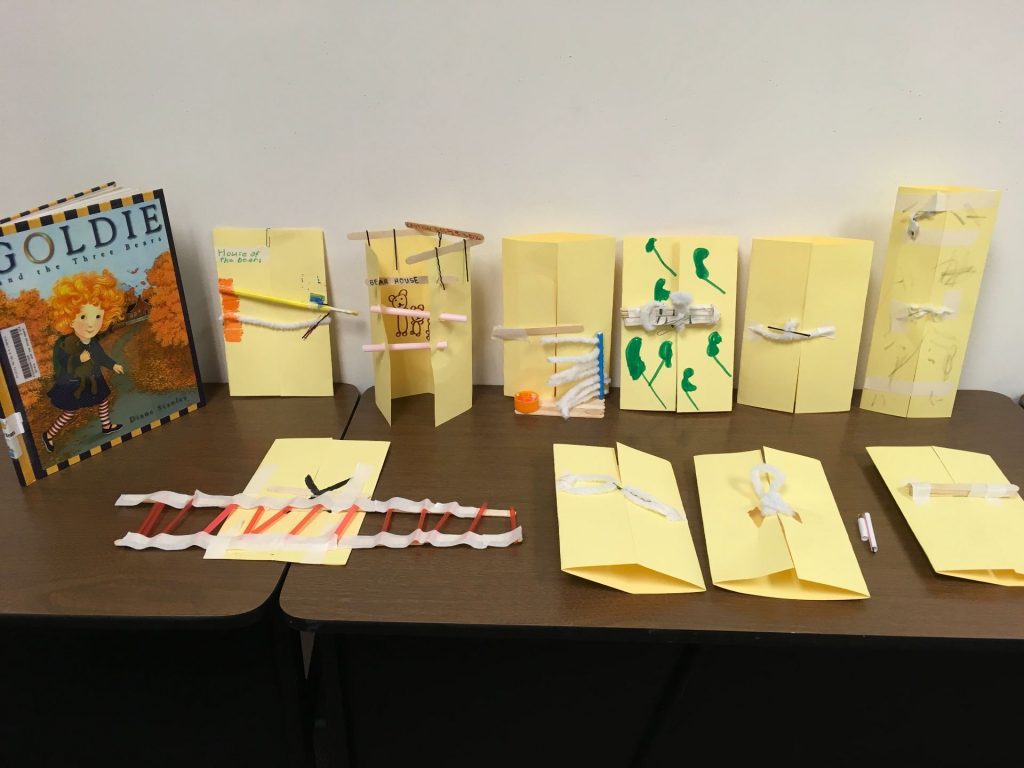 After completing the task, the students were asked to upload their design to Seesaw where they were to explain how their latch worked.

Here are some samples:

Here’s a look at the students hard at work!

Next time I’ll be sure to tell students the latch is the most important thing to design and build – nothing else! IF there is time, then they can go back to add additional details (drawing the bears inside the house, adding outside elements like fences).

The best part of this (or any) design challenge is listening to the students share ideas as they brainstorm, construct, and make changes to the design. You really learn a LOT! What I’ve found is that the quieter students that might not speak out in a whole-group setting, truly shine with activities like this.