As part of our focus on research techniques, I asked the 4th graders to work in pairs or independently to learn about a past technology. Using icons from The Noun Project, I created a thinglink for the students called “Where is it Now?” In addition to the links on this, students were able to research in other ways – books and other web searches. The children were to research an “old” technology and present their learning. The presentation part I left up to them. It could be a digital presentation of their choice OR a handmade item (poster, collage, etc).

The picture above shows just a few of the “old technology” choices. Some of the other choices included: 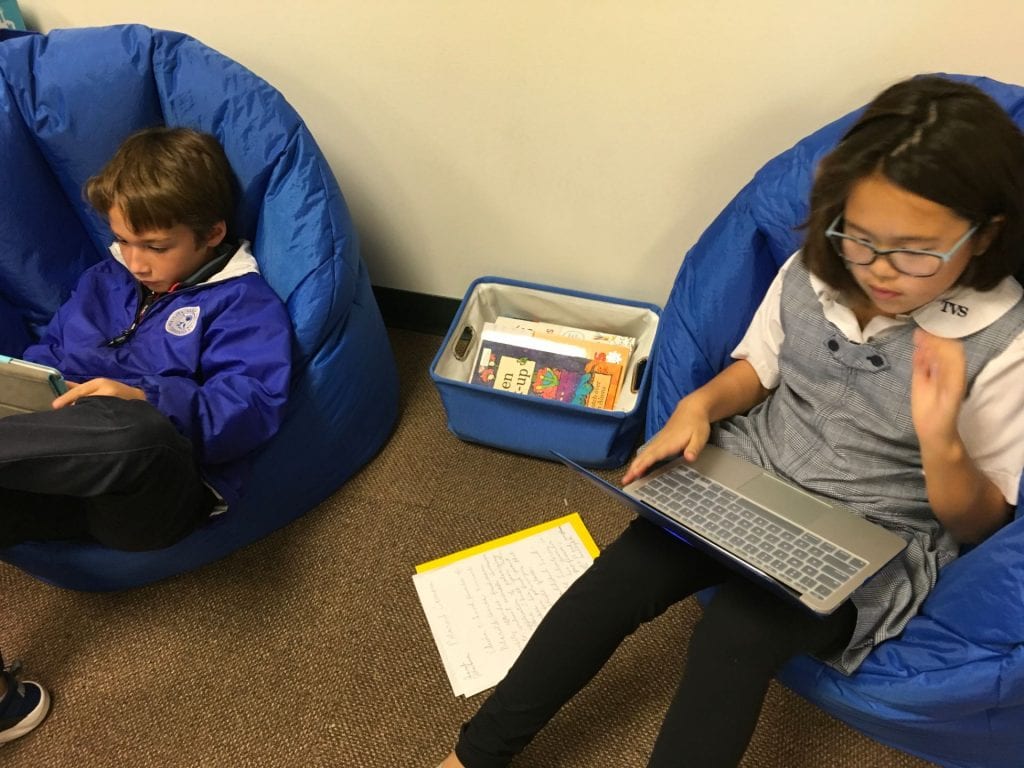 This activity had already been done with one class of fourth graders. I knew they were excited about the project just by listening to all the conversations as they worked and planned together. What was so funny though, was when the next class came to me the following Monday. As I started telling the class what they’d be doing during the week, there were some giggles that spread throughout the group. I stopped a couple times, asking what was so funny and getting the “Nothing” response each time. Finally, I stopped and once again asked what exactly was going on. This time, a couple girls responded with, “We know what we’re doing.” Then, someone else piped up with, “Can we get started?” Apparently, this had been a playground conversation! Now, that’s always what a teacher wants to hear!! 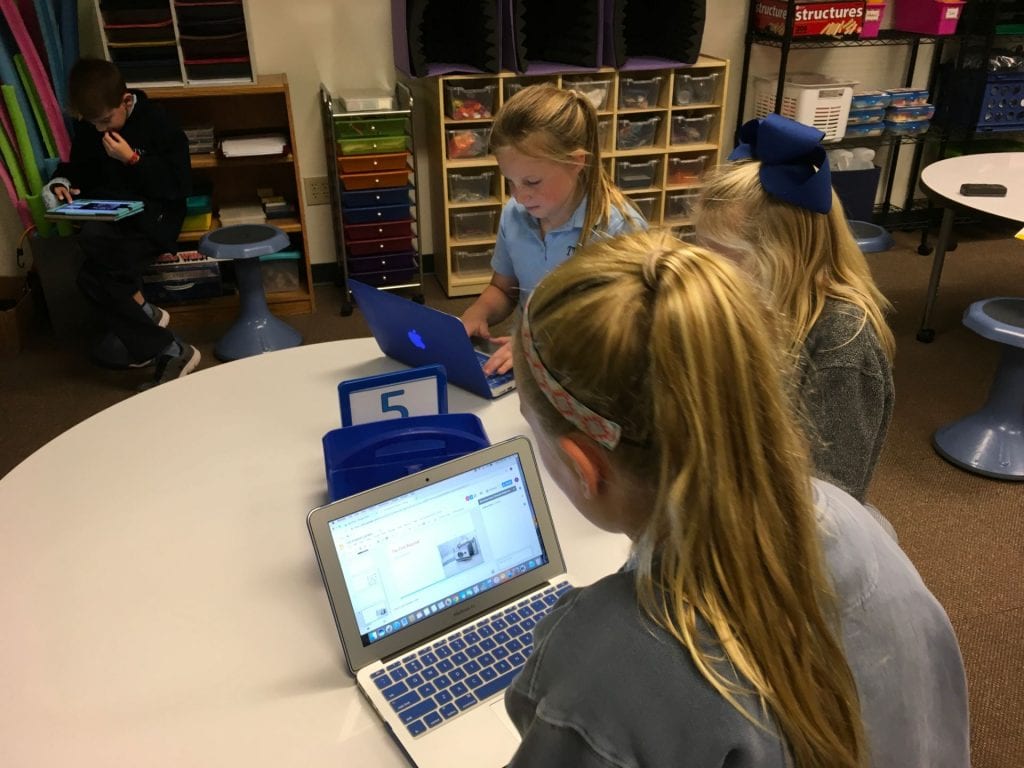 I was amazed at all the research and planning that was going on in and out of class; the choices that were made as to how to present. Several groups used Google Drive (Docs, Slides) to collect notes and work on presentations. The above group got together one afternoon while waiting for a brother at a sports practice and worked on their project! 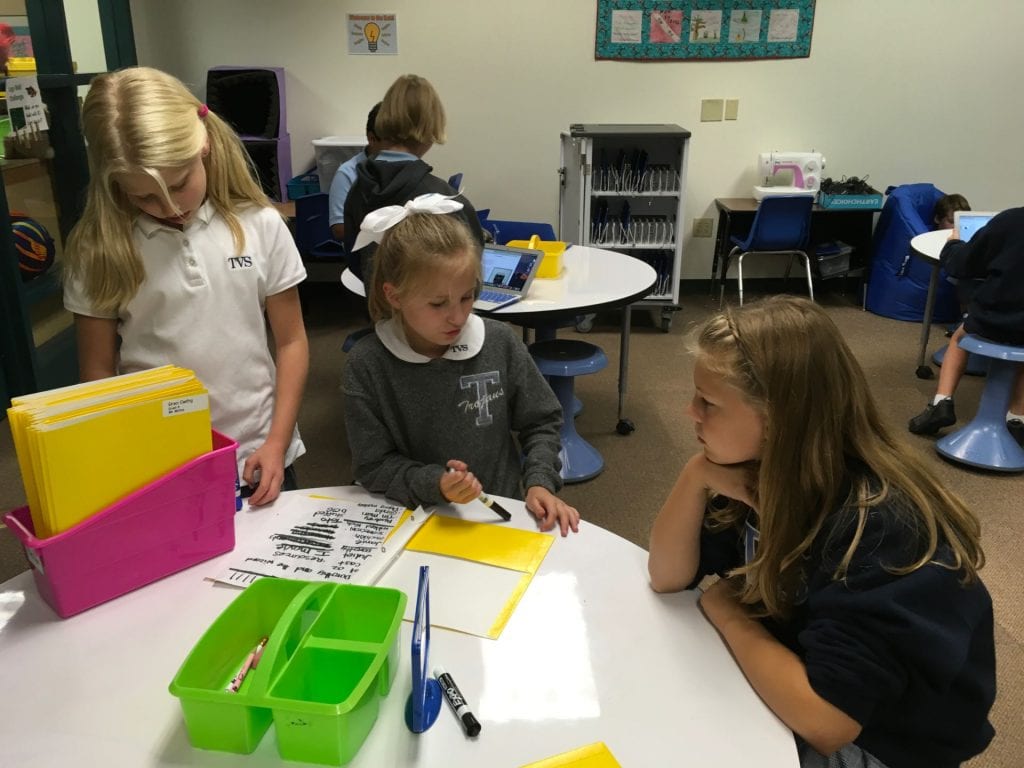 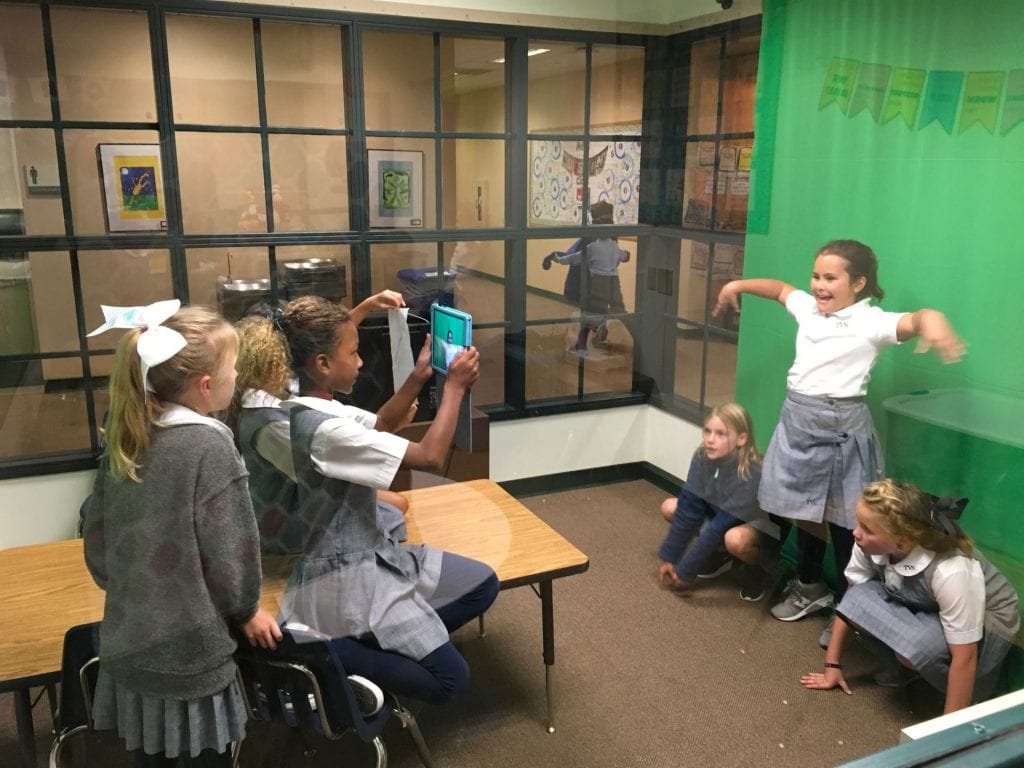 Our green screen isn’t quite large enough for three! But, this team had help from others for taking video and holding the script!

Some of the tools chosen for the presentations included:

Even after a week of working, not everyone was finished but we were able to share a few of the projects. Hopefully, we’ll wrap up the next time they visit the lab. 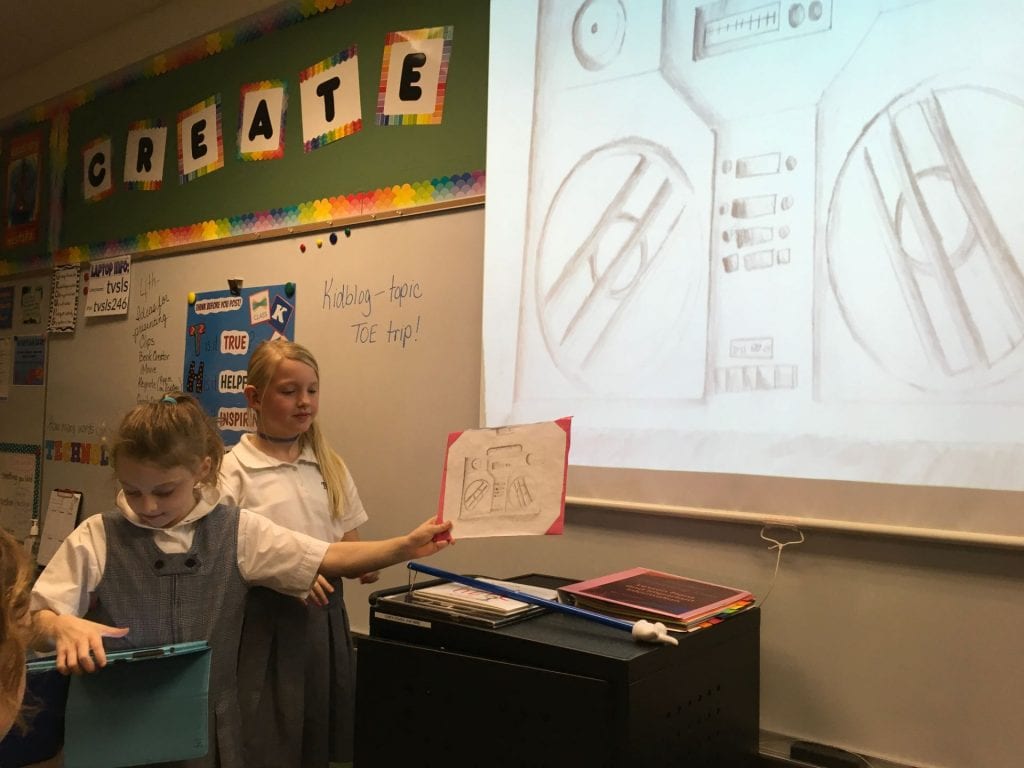 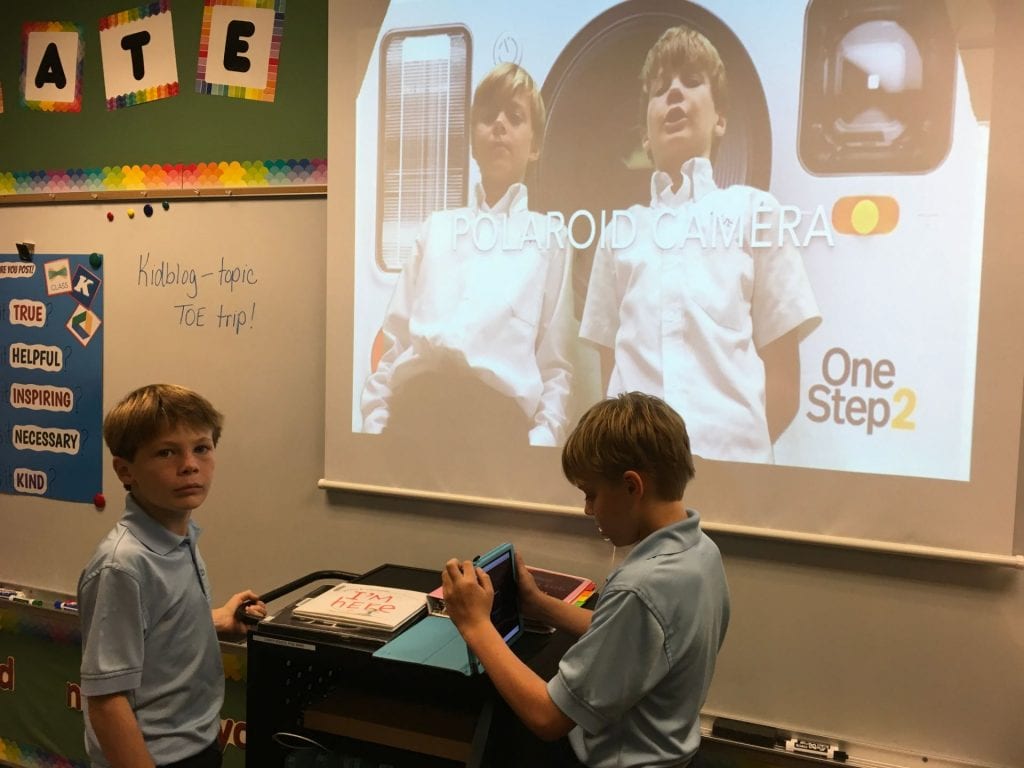 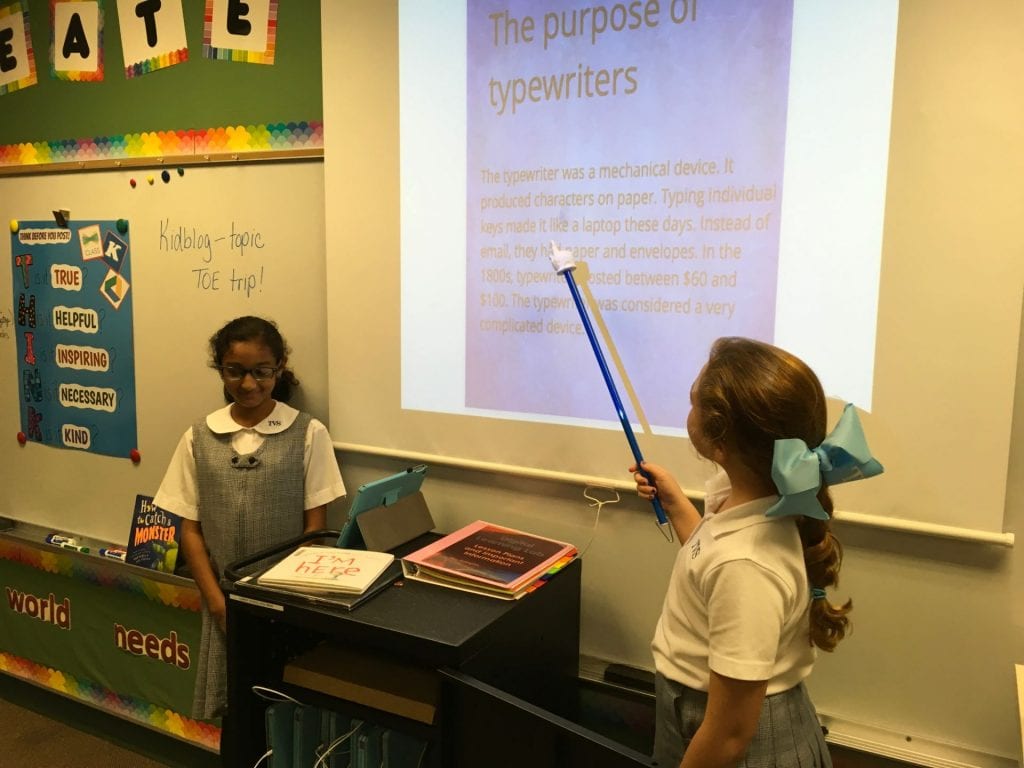 It has been a joy watching the excitement in the students as they worked on this project. There was so much learning going on and, I don’t think they knew it! I can’t wait to start Genius Hour with them!

2 Comments on Look How Technology Has Changed!