Thanks to ideas from a fabulous post by Meghan Zigmond called Noun Cards, our first graders went on a search for nouns to review what they had learned about that part of speech.

I started the discussion by asking what a noun is (person, place, or thing). We then brainstormed ideas for each category. The students were told they were to take an iPad photo of a noun, check it to make sure it wasn’t blurry, then return to their seat for the next part of the activity. 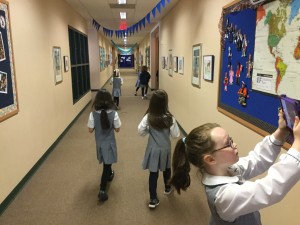 Using Meghan’s idea for a script, the students circled what type of noun they found and wrote what it was called.

Next step – add the photo to ChatterPix Kids (free iOS app). I love this app because it is so intuitive for even the youngest students. The children were asked to type the name of their noun and “by ___” (add their name). They were sent off to record in “quiet” places in the room. When you are trying to record an entire class in a short amount of time, there’s never a completely quiet spot and there’s always a bit of background noise. But, isn’t that the sign of an engaged class?? 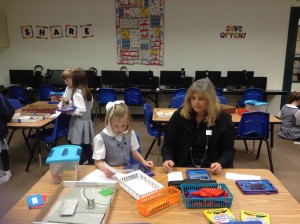 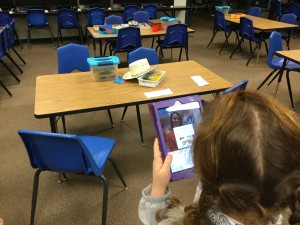 Adding text to the video.

All this took about 40 minutes which I thought was not bad considering the students hadn’t used the app before!

The following week, we uploaded the video to our blogs. The first graders have been blogging but we hadn’t done so on the iPad. What’s nice is that KidBlog’s interface is now the same on a computer or on an iPad so it was an easy transition. 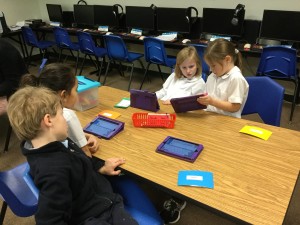 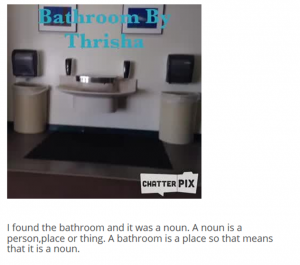 The students wrote a sentence or two about the process and/or about their noun and uploaded their video. I’m having the 4th graders leave comments for the little ones. (They won’t admit it but it’s obvious they’ve enjoyed seeing what the little ones are doing and then giving them feedback!)

If you would like to leave comments, visit the following blogs. Thanks!

Please prove that you are not a robot.

Powered by WordPress | Hosted by Edublogs | Protected by CloudFlare